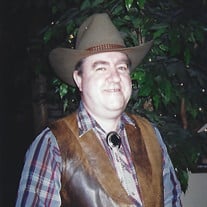 Walter J. Kozik Jr., age 79 of Crown Point, IN. formerly of Posen, IL. passed away Wednesday, October 27, 2021. He was born on November 21, 1941 in Harvey, IL. to the late Walter and Agnes Kozik Sr. Walter was happily married to Gloria (Kern) on November 22, 2003. Walter enjoyed playing Roller Hockey during his youth at Arts Roller Rink for the Hawks & Mustangs. He Proudly served as Private 1st Class of the US Army and later Retired from Panduit Corp. of Tinley Park. Walter was known to enjoy Country Line Dancing and could be counted on to be dressed up as Mr. and Mrs. Clause with Gloria during the holidays. He will be remembered as a fun, outgoing, and loving husband, father, uncle, and brother. Walter was preceded in death by parents, Walter J. Kozik Sr. and Agnes R. Kozik; sister, Agnes R. Davis (Kozik); and daughter Alicia A. Kozik. He is survived by his loving wife Gloria, and daughter, Elizabeth Goyke (Tyjuana Goins); Grandson, Iszyk Goyke; five siblings, Frank (Marlene) Kozik, Theresa Fitzgerald, John Kozik, Michael (Kelly) Kozik, and Anthony (Judith) Kozik; and numerous nieces and nephews. Visitation will be held on Friday, November 5, 2021 from 2 p.m. until the time of the funeral at 4 p.m. at Burns Funeral Home, 10101 Broadway, Crown Point, IN. www.burnsfuneral.com

The family of Walter J. Kozik Jr created this Life Tributes page to make it easy to share your memories.

Send flowers to the Kozik family.