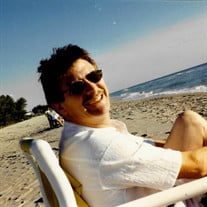 Thomas “Tom” J. Jones, 64, of Valparaiso, set sail peacefully at VNA Hospice on March 12, 2022 after his battle with an aggressive cancer. He was born February 10, 1958 in Gary, IN to Timothy and LaVergne Jones. He was brought up in Merrillville, IN and graduated from Merrillville High School in 1976. Tom was preceded in death by his parents: Timothy and LaVergne Jones and his brother Terry Jones. He is survived by his wife Lisa Jones; daughter Sarah (Dan) Campbell; siblings Timothy (Trisha) Jones, Joni Jones, Jeannie Jones, and Troy (Lisa Van Auken) Jones; two nephews and a niece; one granddaughter Gwyn, who brought him many hours of unending love, joy, laughter, and happiness his last 6 months on this planet. Tom, Lisa, and Sarah moved to Naples, Florida in 2004. Southwest Florida weather allowed for pursuing his many hobbies and finding new interests 365 days a year. Each day Tom found the majesty of the sunrise, the grit to work in the Big Cypress swamp, play bass with his band, jam with local musicians, build golf carts, ride his Harley, work music venues, fish, and sketch. Life was his music and his family his strength. After his diagnosis in 2020, Tom and Lisa returned to Northwest Indiana to be with their families. Never was it more evident that Tom was “all in” than during the 1-1/2 years he battled cancer. He lived with cancer one day at a time but continued to be a humorous, passionate, compassionate, driven, determined and relentless individual. He will be greatly missed by his family and friends. You are our rock star Tom Jones. Visitation for Tom will be Friday, March 18, 2022 from 3:00 p.m. until the time of service at 6:00 p.m., at Burns Funeral Home, 701 East 7th Street, Hobart, Deacon Dennis Guernsey officiating. Cremation to follow. www.burnsfuneral.com.

The family of Thomas "Tom" J Jones created this Life Tributes page to make it easy to share your memories.

Send flowers to the Jones family.