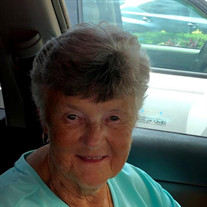 Sherry L. Williams, age 73, of Palmetto Florida, formerly of Miller Beach, passed away December 5, 2020. Sherry was born in Colfax Indiana on October 27, 1947. She attended Ball State University for her undergraduate degree and earned her Master’s degree and administrative certification from Indiana University. Sherry began her education career at Edison Elementary School in Hammond, Indiana. After Edison, she taught Physical Education at Hammond High School and Morton High School. Sherry coached many young women in volleyball and basketball. When she transferred to Morton High School, she became the girl’s basketball coach and in her last year at Morton she served the students and coaches as the Athletic Director. In 1988 she became the Athletic Director/Assistant Principal at Hobart High School. She served as the athletic director and later assistant principal for 7 years until she became the principal. Sherry led the Brickies educational team until she retired in 2002. Sherry was a member of the Hobart Kiwanis Club, served as a volunteer for Meals on Wheels and the Hobart Food pantry. She attended the Hobart United Methodist Church until she moved to Palmetto Florida in 2017. Sherry was preceded in death by her mother- Rosemary Shoemaker, father-Jay B. Williams; brothers- Don(Shirree) and Rudy Kelly; sister- Judy (Larry) Bowen. Sherry is lovingly remembered by her wife and life partner- Letty Hicks, and her best friend of 54 years-Robyn Payne. Missing her also are nephews- Jay Williams, Tim Bowen and Troy Bowen; great nephews- Michael (Courtney) Klouser and Austin Williams; great nieces -Rhiannon Bowen and Sydney Williams; great- great nephews - Brady Klouser, Harrison Klouser, and niece Kynlee Mounts. Sherry impacted so many people. She was truly selfless with her time and a dedicated teacher, coach and friend. She will be missed by all. Friends are invited to join Letty in celebrating Sherry's life on Saturday, May 22, 2021 from 2-5 pm in the Clipper Room at the Hammond Marina, 720 Casino Center Drive, Hammond, IN. Donations in her memory may be made to the Hobart Food Pantry, 200 S Hobart Road, Hobart IN 46342. Burns Funeral Home (Hobart) entrusted with local arrangements. www.burnsfuneral.com.

The family of Sherry L Williams created this Life Tributes page to make it easy to share your memories.

Send flowers to the Williams family.