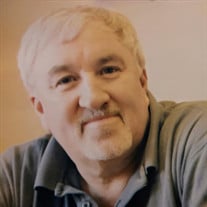 Richard D. Titus, age 70, passed away peacefully on December 21, 2020, at Northwestern Hospital in Chicago, Il. He is survived by his wife, Diane, children: Becki (Paul) West, of Morris, IL. Dan (Kelly) Titus, of Crown Point, IN., Step Children, Tammie (Jon) Massey of Chesterton, IN. Michael Bailey, of Hobart IN. Ryan Bailey of Portage, IN. Jamie Bailey, (David Martinez) of Chicago, IL. Grandchildren, Gillian and Elise West. Cameron and Savannah Titus. Step grandchildren, Tristen and Kyla Krayniak. Kirsten, Brennen, and Clara Bailey. Bryce and Emmaleigh Bailey. Niece, Christine Vachon and family, of Brownsburg, IN. Sister in law, Norma Titus, Nephew, Bruce Titus, and Niece, Carol Titus, from Washington, and Many cousins and dear friends. Richard was preceded in death by his parents, Walter and Catherine (O’Meara) Titus, brothers Walter, Charlie and sister Margaret and Niece Joan Titus Richard was recently retired from Arcelormittal in Burns Harbor IN. He completed 50 years in the steelmaking industry. Richard was an avid softball player and golfer and loved watching Bears football. He also had a huge passion for motorcycles and working on them. His love of family was and spending time with them was immeasurable. In lieu of flowers, memorials may be made in his name to the Gift of Hope, www.giftofhope.org. A celebration of Richard’s life will be held at a later date.www.burnsfuneralcom

The family of Richard D Titus created this Life Tributes page to make it easy to share your memories.

Send flowers to the Titus family.