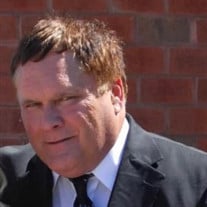 Richard “Rick” Karver passed away on April 13 2022, at his home, surrounded by family and loved ones, following a lengthy illness. Rick was proceeded in death by his parents, Walter and Malea (Burklow) Karver, and his brothers Walter and Lawrence Karver. He is survived by his beloved wife of 44 years, Patricia (Barth) Karver, his daughter Kristin Karver, and his sons Mark (Caitlin) Karver, and Ryan (Nichole) Karver. He is also survived by his sisters, Lorraine (Richard) Courtney, Dianne (late Jim) Clapperton, and his sister-in-law Judy Karver. Rick was the proud “Papa” of nine grandchildren, Alyssa, Brianna, Gavin, Meliah, Mackenzie, Autumn, Alexander, Tyler, and Kayla, was a beloved “Uncle Rick” to numerous nieces and nephews, great nieces and nephews, and was a dear friend to all who knew him. Rick was born and raised on the East side of Gary, IN, and graduated from St. Luke Grade School, Emerson High School, and earned a Bachelor of Science Degree in Management from Purdue University. He was a very proud Veteran of the United States Army, having served as a Medic. Rick worked for many years at U.S. Steel, Gary Works, and worked as a Supervisor following his return from the Army. He later became a member of the Carpenter’s Union, Local 1005, from which he retired. He was a devout Catholic and a long-time member of St. Francis Catholic Church in Lake Station. Rick lived in Hobart, which he called “God’s Country” for over forty years, and he loved the City of Hobart dearly. He was an absolutely rabid fan of the White Sox, Bears, Purdue, and Hobart High School. His hobbies included traveling, bowling, collecting a variety of things, and being a very active shopper and “Bargain Hunter”. His greatest hobby, however, was spending time with his Family. Rick was a generous, caring, and good man, who will be missed by all who knew and loved him. His sense of humor and kind spirit will live on in his children and grandchildren, which is just what he would have wanted. Memorial visitation for Rick will be Friday, April 29, 2022, from 9:30 a.m., until time of Mass of Christian burial at 11:00 a.m. at St. Francis Xavier Church, 2447 Putnam Street, Lake Station, IN, Fr. Lou Pasala officiating. Services will end at the church. Burns Funeral Home (Hobart) entrusted with arrangements. In lieu of flowers, donations can be made to the American Cancer Society or any cancer society of your choice. www.burnsfuneral.com.

Richard &#8220;Rick&#8221; Karver passed away on April 13 2022, at his home, surrounded by family and loved ones, following a lengthy illness. Rick was proceeded in death by his parents, Walter and Malea (Burklow) Karver, and his brothers... View Obituary & Service Information

The family of Richard Bryant Karver created this Life Tributes page to make it easy to share your memories.

Send flowers to the Karver family.