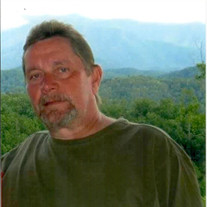 Phil “Butch” Harper, age 61, of Merrillville, formerly Schneider, IN., passed away December 9, 2021. He was a graduate of Lowell Senior High School, class of 1978. Phil was a Senior Estimator at Vortex Enterprises in Addison Illinois for 25 years along with his partner in crime, Shawn Lyons. Beyond work, Phil was a simple man, making sure our children and their education came first and foremost. His Passions were his 1978 Camaro and 1987 Corvette, and of course his boats. There was never a weekend when our family and friends were not out on his favorite Pontoon so he could just be himself “Entertainer and life of the party” He had a heart of gold and if you had a nickname, he was quite fond of you (he probably forgot your first name). He loved his friends and family in many ways, more than he showed. Phil was preceded in death by his parents, Victor and Hilda Harper, sister Brenda, brother Paul and nephew Rocky. He is survived by his wife of 29 years, Sharyl (nee Donahue-Deerwester); children, Caitlin (Joe) Howe, Emma (Seth) Kitchens, Rachel (Mike) Escoe and son Philip Daniel II. Phil also leaves behind his beautiful grandchildren, Gabriel, Chase, Eden, and Micah. He is also survived by siblings, Freida Szutenbach, Victor Harper and Cathy Wagner, and numerous nieces and nephews; David Szutenbach, Kasey Harper, Andrea Szutenbach , Cody Harper, Victoria Harper and Amanda Mendenhall, and Courtney Van Sessen. Visitation will be held from on Friday, December 17, 2021 from 2 – 6 p.m. at Burns Funeral home, 10101 Broadway, Crown Point, IN 46307. In lieu of flowers donations would be appreciated to his immediate family to offset medical and burial expenses. www.burnsfuneral.com ~Super Sexy Man~

Phil &#8220;Butch&#8221; Harper, age 61, of Merrillville, formerly Schneider, IN., passed away December 9, 2021. He was a graduate of Lowell Senior High School, class of 1978. Phil was a Senior Estimator at Vortex Enterprises in Addison Illinois... View Obituary & Service Information

The family of Philip "Butch" Daniel Harper created this Life Tributes page to make it easy to share your memories.

Send flowers to the Harper family.