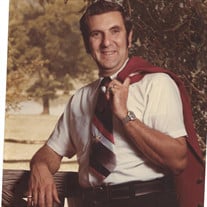 Peter L. Candiano, age 85 of Zionsville, IN passed away November 22, 2020. Peter was born in Gary, IN on August 19, 1935 to Peter C. Candiano and Catherine (Sapino) Candiano. Peter was raised in the Glen Park area and in earlier years worked at his parent’s grocery store, Candiano and Son’s. Peter spent his most of his life in Northwest Indiana before moving to Indianapolis, IN. Peter attended Lew Wallace High School and is graduate of Roosevelt Military Academy, Aledo Illinois in 1954. Peter is survived by his wife of 65 years, Betty Candiano, their 5 children: Thomas (Phyllis) Candiano, Timothy (Karen) Candiano, Kathy (Mark) Horvat, Peter (Susan) Candiano, JR and Melanie (Bill) Fike; 16 grandchildren, 17 great grandchildren & 1 great great grand-daughter and numerous nieces and nephews. Peter was preceded in death by his parents, Peter Sr. and Catherine, brother, Dominic Candiano and nephew, Richard Candiano. Peter started his work career as a Gary Firefighter and then on to the Lake County Indiana Coroner’s office until 1996. During the time on the Coroner’s office, Peter ran his own business as an Independent Contractor for Best Reports. After retiring from the Coroner’s office, Peter and Betty started their own company doing business as B&P Research Company until his final retirement. Peter enjoyed watching the Chicago Cubs and having a passion for Baseball, he became a Registered Umpire for the State of Indiana where he spent many summers umpiring Little League, High School Baseball and also the Senior League World Series which was held at Junedale Field in Glen Park Indiana. He also, enjoyed watching Notre Dame Football on Saturdays. Peter was an accomplished clarinet player, avid bowler and spent many winters bowling in leagues with the family at Stardust Bowling Alley in Merrillville. Peter’s interests included Crime-drama shows, Watching Lawrence Welk on Saturdays and Dean Martin Variety Shows. In the summers, Peter would also find time to vacation at Indiana Beach as a family. In later years, Peter took up painting and you could see all of his paintings lined up in his room. A memorial visitation will be held at Burns Funeral Home, 10101 Broadway, Crown Point, IN on Thursday, December 3, 2020 from 2 - 7 p.m. (central standard time). A Private Mass of Christian Burial will be held at St. Paul Catholic Church in Valparaiso on Friday, December 4, 2020. The family is asking in Lieu of Flowers, Donations, on behalf of Peter, can be made to Alzheimer’s Association, Greater Indiana Chapter, 50 E. 91st Street, Suite 100, Indianapolis, in 46240. Or A local Food bank such as Feeding Indiana Hungry, Inc. Due to Covid, Masks are required throughout the visitation and the mass along with Social Distancing required at all times. www.burnsfuneral.com.

Peter L. Candiano, age 85 of Zionsville, IN passed away November 22, 2020. Peter was born in Gary, IN on August 19, 1935 to Peter C. Candiano and Catherine (Sapino) Candiano. Peter was raised in the Glen Park area and in earlier years worked... View Obituary & Service Information

The family of Peter L. Candiano created this Life Tributes page to make it easy to share your memories.

Peter L. Candiano, age 85 of Zionsville, IN passed away November...

Send flowers to the Candiano family.