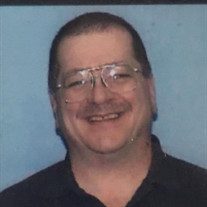 Paul “Otis” Klapak, age 71, of Crown Point, Indiana, passed away peacefully in his sleep at his home on Wednesday, March 9, 2022. Known in his adult years as “Otis,” Paul was a person who left an impression on every single person he met. He spent his childhood in Whiting, Indiana. Even as a youngster, he was well known throughout the neighborhood as the little boy who would knock on every storefront window and wave on his way to and from school. In 1970, he graduated from George Rogers Clark High School in Robertsdale, Indiana. He later married fellow classmate Dorothy Dora, and they remained together for sixteen years. Paul came from a law enforcement family. His father, John R. Klapak, Sr., retired as the assistant police chief in Hammond, Indiana. Paul carried the law enforcement torch and began his career as a corrections officer in the Lake County, Indiana Jail. He then joined the Lake County Sheriff’s Department and eventually retired as a detective in warrants. He was passionate about helping people, keeping the streets safe, and doing his job with a smile. His fellow officers and staff on the department were like a second family to him. Always a jokester, Paul had an unbridled personality that lit up each room and touched every heart. During his final years, he enjoyed riding around the neighborhood on his lawn mower (and cutting random front lawns while people were at work), advising the City of Whiting on its infrastructure (particularly on the speed bump problem), and ordering his family prank gifts on Amazon (such as the life-sized Mr. Bean cutout that he set up as a guest at his daughter’s wedding). Paul is survived by his daughter, Jacqueline (Frank) Garguilo; his sister, Donna (late Greg) Melyon; his brother-in law-Frank (late Janet) Lowry; his nephews Brian (Jerri) Lowry, Michael (Jen) Lowry, and Jeffrey (Jen) Lowry; his niece/Goddaughter Cortney (Michael) Nackers; nine great-nieces/nephews; and more friends than there are stars in the sky. He is also survived by his dog, Zippy, a corgi/border collie mix who was his absolute best friend. He is preceded in death by his sister, Janet Lowry; his brother, PFC John R. Klapak, Jr. (KIA, Vietnam); and his parents, John and Eleanor Klapak. A memorial mass will be held at St. John the Baptist Catholic Church, 1849 Lincoln Avenue, Whiting, Indiana at 10:00 a.m. on Monday, March 14, 2022. Paul’s family would like to thank his physician, Alexis Dunlap (FNP-BC), for her excellent care throughout the past few years and Hospice of the Calumet Region for making him so comfortable during his last month. Paul “Otis” Klapak went out his way. In lieu of flowers, please take a shot of Jack Daniel’s. Burns Funeral Home – Crown Point, IN entrusted with arrangements. www.burnsfuneral.com

The family of Paul Klapak created this Life Tributes page to make it easy to share your memories.

Send flowers to the Klapak family.