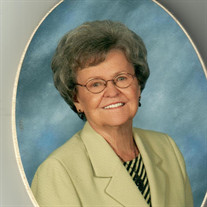 Mattie Black Clement, age 95 of Merrillville, IN, went to be with the Lord on Wednesday, May 5, 2021. She was born in Knox County, Kentucky on April 16, 1926. A member of First Baptist Church of Hammond since 1966. Mattie worked in the three-year-old... View Obituary & Service Information

The family of Mattie Black Clement created this Life Tributes page to make it easy to share your memories.

Mattie Black Clement, age 95 of Merrillville, IN, went to be...

Send flowers to the Clement family.