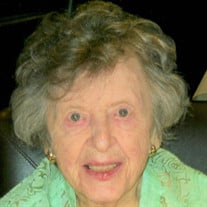 Margaret L. (Balogh) Kras, age 93 of Crown Point, IN, formerly of East Chicago, IN, passed away peacefully on Friday, October 16, 2020. She was born on June 10, 1927 in Whiting, IN, the daughter of Michael and Elizabeth Balogh. On August 14, 1948 she married Albert Kras, who preceeded her in death on December 6, 1991. Margaret is survived by her daughter Sharon (Tom) Strbjak of Crown Point, IN, son Dennis (Betty) Kras of Hammond, IN, and daughter Linda Raczak of Shorewood, IL; five grandchildren, Brett (Rebecca) of Fishers IN, Brian of Fishers, IN, Adam (Megan) of Griffith, IN, Monica (Kenny) of Portage, IN, and Chris Raczak of Shorewood, IL; seven great-grandchildren, Elyse and Olivia Strbjak, Desaray and Natalee Kras, and Karlei, Kenzei and Xander Smith. Margaret was preceded in death by her parents and three sisters, Betty Bradovich, Lillian Ross and Dorothy Van Meter. Margaret was a homemaker and worked in retail. Margaret’s personal hobbies included gardening, sewing, shopping, going out to restaurants and watching the Chicago White Sox. She loved all activities that involved her grandchildren and great-grandchildren. She was a member of Holy Trinity Hungarian Church and also a member of Our Lady of Fatima Society. Margaret was a loving and giving mother and grandmother who never hesitated to express her opinion. She will be dearly missed. Visitation will be held on Sunday, October 25, 2020 from 1-4 pm at Burns Funeral Home, 10101 Broadway, Crown Point. Mass of Christian Burial Monday, October 26, 2020 DIRECTLY at St. Elizabeth Ann Seton Church at 10 am in Valparaiso, IN. Interment at St. John-St. Joseph Cemetery in Hammond, IN. In lieu of flowers, memorials by be made to the Michael J. Fox Foundation for Parkinson's research would be appreciated. www.burnsfuneral.com

Margaret L. (Balogh) Kras, age 93 of Crown Point, IN, formerly of East Chicago, IN, passed away peacefully on Friday, October 16, 2020. She was born on June 10, 1927 in Whiting, IN, the daughter of Michael and Elizabeth Balogh. On August 14,... View Obituary & Service Information

The family of Margaret L Kras (nee Balogh) created this Life Tributes page to make it easy to share your memories.