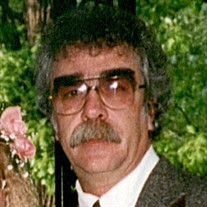 Jerome L. Krebes “Jerry” age 76 of Crown Point, passed away peacefully in his home surround by his family and friends on January 22, 2021. Jerry was born and raised in Gary, attended Sacred Heart parochial school and Tolleston High School before enlisting in the Navy in 1962. He served as a Radioman with shore duty on Kodiak Island, Alaska during and after the Good Friday Earthquake in 1964, and on sea duty aboard the aircraft carrier, U.S.S. Ranger, during the Vietnam War. Following his honorable discharge from the Navy, Jerry briefly lived in San Francisco where he worked for Addressograph/Multigraph and as a hairstylist before returning home to Gary in 1972 where he worked for U.S. Steel Gary Works before joining the Gary Police Department in 1973. He attended the Indiana Law Enforcement Academy in Bloomington before beginning his police career as a uniformed patrol officer. Jerry later served as a sergeant in the Patrol Division; as a Lieutenant for the Juvenile Investigations Division; as a Captain and Shift Commander; and as an Area Commander before retiring in 2006. He was in the Fraternal Order of Police including a stint as Club Manager, and the American Legion. Jerry was an avid and accomplished bowler, a frequent fisherman, and a dedicated but often frustrated golfer and could never quite cure his annoying slice. He followed most sports, especially Boxing following a brief but memorable amateur middleweight career while in the Navy. Jerry was a lifelong fan of Indiana University basketball, Chicago Bears football, Chicago Blackhawks hockey, and especially his beloved Chicago White Sox attending many games a season ticket holder culminating in the magical 2005 World series Championship season. He loved gambling, softball, spending a quiet evening at home with his wife Shirley, sitting under the pergola with a Lucky Strike cigarette and a Becks beer. Jerry was preceded in death by his mother- Martha Pohorelec Krebes (Ignatius). He is survived by his devoted and loving wife of 34 years- Shirley (nee Burrell) Krebes; son – Jerome (Nicole) Krebes; grandchildren- Dominic, Emma, Spencer, and Mason; siblings- Sharon (Robert) Sanchez of Fishers, and their sons- James (Mary Ann), John, Matthew (Jennifer), Michael (Kelly), Peter (Julie); sister- Elizabeth Krebes of Ashburn, VA, Holly (Robert) Hock, of Laporte and their children, Natalie and Alexandre (Leila), Michael (Sherri Parish) Krebes of Kokomo, and Timothy (Laura) Krebs of Indialantic Beach FL. He loved his Burrell family who consisted of his brother-in-law- David (Randi) Burrell; niece- Brandi (Aaron) Kunkle, along with his grand-nieces- Adalyn and Brynlee; niece- Brittany (Brian) Price, sister-in-law- Marianne Burrell-Moore; niece and nephews- Robbie and Jessica Moore; mother-in-law- Mildred Burrell Bianco; best friends Mike Cavell and Henry Farag. He loved all the family pets- Wilson, Sasha, and Sadie. Jerry provided for all his family, always making sure no one went without whatever they needed. No one was a stranger to Jerry. Visitation will take place Wednesday, January 27, 2021 from 10 a.m. until the time of the funeral service at 12:30 p.m. at Burns Funeral Home, 10101 Broadway, Crown Point. Interment Calumet Park Cemetery. www.burnsfuneral.com

The family of Jerome "Jerry" L. Krebes created this Life Tributes page to make it easy to share your memories.

Send flowers to the Krebes family.