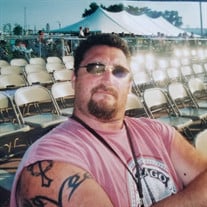 James “JimBo” H. Kawalski, age 62, of Griffith, Indiana passed away suddenly on November 17, 2021. Jim was born in Gary, Indiana to Elsie (Alice) and John Kawalski on October 4, 1959. He started working at Inland Steel on April 24, 1978 and worked through all transitions of the companies to follow. Jim worked for Mittal Steel and Cleveland Cliffs. Between all three companies he worked a total of 43 years of service with plans to retire in the summer of 2022. He had a tireless work ethic working many departments and positions including: Plant 4 Furnace Operator at the Electric Furnace, and his last position of Roll Grinder in the 80 inch Hot Strip. Jim was involved in mentoring and training many in those years on the floor, crane, and grinder. You would often hear him citing he worked many years of “80 hours a week in the 80”. Jim is survived by his beautiful, treasured and beloved daughters Krystal Kawalski and Trisha Johnson. He’s also survived by his beloved grandchildren- Gage and Kamiyah, his brothers- John Kawalski, Joe (Angela) Kawalski, Frank Kawalski, Andrew (Tina) Urbanik and sister- Christina (Howard) Webb. He was a comedic and very loved uncle to many beautiful nieces and nephews. Jim is also survived by his girlfriend, best friend, calm in the storm, problem-solver and “food lady”- Teri Faulkner. He will be greatly missed by numerous family members, co-workers, neighbors, and dear friends. Jim was preceded in death by his parents- John Kawalski & Alice Rice, and his brother- George Urbanik. He was a passionate lifelong Cubs & Bears fan but enjoyed watching all football & baseball games with an occasional wager. Jim was an avid music enthusiast with a passion for The Blues. Jim attended the Chicago Blues Festival for the past 35 years (he had the t-shirts to prove it) and recently enjoyed one of his favorites, Joe Bodnamassa in October. He was often called “July Jim” for taking all his vacation during this time to attend music events & festivals in the park down the street from his home in Griffith. Jim had a knack for gardening both flowers and vegetables and his deck was always beautiful and loaded with color. He was known for his homemade pickles during the summer and often delivered them to his friend’s doorsteps. His passion for cooking was evident with a hands-down delicious shrimp de Jonghe and steaks. Jim was a big man with a larger-than-life presence but anyone who knew him who was able to experience this man would tell you that his kindness and helpful nature, big heart, and ability to make you laugh with his humor was irreplaceable. He had a smile that lit up a room and his hugs would put your broken pieces back together. To say he will be missed is an understatement. A visitation will be held on Sunday, November 28, 2021, from 12 p.m. to 4 p.m. at Burns Funeral Home, 10101 Broadway, Crown Point, IN. Funeral will take place on Monday, November 29, 2021, at 10:00 a.m. at Burns Funeral Home – Crown Point. www.burnsfuneral.com

The family of James "JimBo" H. Kawalski created this Life Tributes page to make it easy to share your memories.

Send flowers to the Kawalski family.