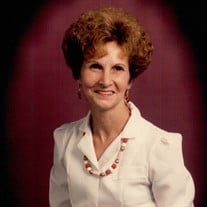 Gloria Faye Kozik passed away on April 2, 2022 surrounded by her daughter, son-in-law, grandson, and hospice caregivers in Gloria's Crown Point home. Gloria was preceded in death 5 months prior to her beloved husband, Walter J. Kozik Jr. aka Santa Claus. She was born on 2/21/1938 in Fort Wayne, IN. Gloria graduated from Oak Park River Forest High School. In Gloria's younger years she was active in the community of Riverdale, IL and Queen of Apostles where her children attended. Gloria was a top selling Avon lady in her division for many years. Gloria eventually received her CNA Certificate when her children were older and was active at Wittenberg Lutheran Village Community as a CNA and later a volunteer until her Parkinson's diagnosis. Gloria loved to bake and cook for holidays and birthdays. The most requested dishes were her Twinkie cake, Rocky Mountain cake, crescent cookies, gum drop cookies, peanut butter blossoms, and German potato salad. She also was an active participant in her grandson's life that lived with her including seeing him born. She would play puzzles with him, take him to the park for hours on end, and taking walks. She would dance him to sleep as a newborn to Country Western music which is what she and her husband, Wally, would do on a weekly basis at a local line dancing center. Gloria and Wally traveled during their dating years and early in their marriage on a cruise, Michigan, Delaware, Florida, and California. Gloria is also preceded in death by her stepdaughter. Gloria is survived by numerous family members from both marriages. A special thank you to Transitions Hospice in Crown Point, IN for assisting her daughter in supporting the care of Gloria. Visitation will take place Friday, April 8, 2022 from 4 p.m. until the time of the funeral service at 6 p.m.at Burns Funeral Home, 10101 Broadway, Crown Point. www.burnsfuneral.com

The family of Gloria Faye Kozik created this Life Tributes page to make it easy to share your memories.

Send flowers to the Kozik family.