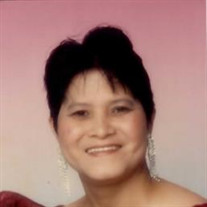 Elvira Toledo Dominguez was born in Baclaran, Paranaque City on February 16, 1948 to Catalino & Fidela Dominguez. She was the sixth of seven children: Junior, Herman, Helen, Corazon, Arturo, Jaime and was known for being kind, generous, selfless, loud, graceful, appreciative, God-fearing, straight- forward, supportive, encouraging & a sociable person. She graduated and earned Bachelor of Science in Education from Centro Escolar University in 1968. She worked as a receptionist at Catalino Toledo Dominguez (C.T.D.) Trucking Service owned by her late brother. On September 21st, 1975, she got married to Narciso Ebron Dava & to this union they welcomed the birth of their four children Maricel Goyena married to Kim Goyena, Mariel Salunga married to Rowen Salunga, JC & JR Dava. During her pregnancy with their third child JC, she became a devoted housewife and raised their four beautiful children. She has five grandchildren: Noel, Jonathan, Crystal, Kyle, and Caitlyn. From her childhood, she had a special place in her heart for Our Mother of Perpetual Help & was an active member of El Shaddai prayer group. She migrated in U.S.A. last 2010 & became a U.S. Citizen June 2020. There is no doubt that Elvie enjoyed her life by traveling in different states and countries and loved helping others. She made sure that all her friends, relatives and neighbors receive monetary gift/souvenirs each year whenever she goes on vacation in the Philippines. Her favorite food was Max’s chicken and was always conscious about how she looked in pictures and loved to camp, sing, use sauna & jacuzzi. She also enjoyed six wonderful years of joining and traveling with World Financial Group Associates where her daughter Maricel & son-in-law Kim were recently promoted as the Executive Vice Chairman of the company. Her final days were spent at Indianapolis University Hospital until God called her home on August 28, 2020 surrounded by her family. We will all remember our beautiful mother, wife, sister, and friend. Elvie lives in us, as she touched us and so many others in so many ways throughout the years, so she will be in our hearts forever and always.“I have fought the good fight, I have finished the race, I have kept the faith.” 2 Timothy 4:7. Visitation will take place on Friday, September 11, 2020 from 2-8 p.m.at Burns Funeral Home, 10101 Broadway, Crown Point, IN. Prayers will begin at 9:15 a.m. at Burns, Crown Point, Saturday, September 12, 2020, proceeding to a Mass of Christian Burial at 10 a.m. at St Matthias Catholic Church, 101 W. Burrell St, Crown Point.IN. Interment Historic Maplewood Cemetery, Crown Point. www.burnsfuneral.com.

Elvira Toledo Dominguez was born in Baclaran, Paranaque City on February 16, 1948 to Catalino & Fidela Dominguez. She was the sixth of seven children: Junior, Herman, Helen, Corazon, Arturo, Jaime and was known for being kind, generous, selfless,... View Obituary & Service Information

The family of Elvira Dava created this Life Tributes page to make it easy to share your memories.

Send flowers to the Dava family.