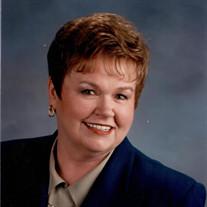 Elizabeth Ann Ennis, age 79, of New Buffalo, Michigan, passed away on June 10, 2021. Liz, as she preferred to be known, was born March 4, 1942, in Gary, Indiana. Liz attended St. Luke’s grade school and was graduated from Emerson High School. She continued her education at Indiana University, earning both bachelor’s and master’s degrees. Ultimately, she earned a doctorate in Educational Leadership from Oklahoma University. Liz taught speech and drama in the Gary public schools until she decided to go into educational administration. She first served as an administrator in the Hammond School District. She then served as Director of High Schools in Oklahoma City Public Schools, while completing course work toward her doctoral degree. Liz began her tenure in High School District 214 in Arlington Heights, first as principal of Wheeling High School, then as Deputy Superintendent, and finally Superintendent of Schools. Liz participated in many civic organizations. She a was an active member of the Rotary Club in Arlington Heights, and she served for four years on the New Buffalo City Council. She was an active member of the League of Women Voters, the Democratic Party, the Pokagon Foundation, and Friends of the Library. This does not begin to do justice to the work she did in her chosen fields of expertise. Liz had an incredibly warm and outgoing personality, and having the infamous Irish gift of gab, could talk publicly with seeming ease on most any occasion. She had a wonderful way of talking to teenagers and was known to mentor them and her professional colleagues. Among her many outstanding qualities, she was creative, kind, generous, loving and talented. She kept friendships, some for as long as 76 years and treasured her friends and family. Liz was preceded in death by her father, Edward P. Ennis, her beloved mother, Elizabeth (Murphy)Ennis, and her brothers, James and Timothy. Survivors include cousins and her partner of 34 years Annette Van Dusen. Memorial visitation will be held on June 18, 2021, from 3 pm to 6 pm with a Time of Sharing at 5 pm CST at Burns Funeral Home, 10101 Broadway, Crown Point, IN. A private mass will be held on Saturday. If there are those who prefer to make contributions in lieu of flowers, Liz supported the St. Jude’s Children’s Hospital, Lambda Legal and St Joseph’s Carmelite Home- www.carmelitehome.org

The family of Elizabeth "Liz" Ann Ennis created this Life Tributes page to make it easy to share your memories.

Send flowers to the Ennis family.