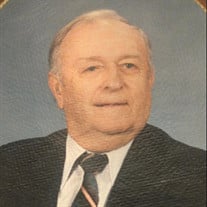 Edward R. Volk, 96, of Merrillville Indiana, passed away on Tuesday June 15, 2021 after a brief illness at Methodist hospital. Ed was born in Lampman Saskatchewan, Canada to George and Mary (Mack) Volk on October 21st, 1924. His mother Mary passed away at an early age and his father George moved from North Dakota to the steel mills of Gary, Indiana. Ed lived for a brief time with his aunt and uncle in Orrin, North Dakota. When Ed was 4 years old, he reunited with his father in Gary. Ever the curious type, he was a great student and graduated from Froebel high school in Gary Indiana in 1942. Ed was 19 when he entered the Navy in 1943 at the height of WWII. He was a trained fireman and had several citations receiving an accommodation for the liberation of the Philippines where he was stationed at the end of the war. Upon discharge from the Navy, he attended Purdue University where he studied engineering. That was to be his life’s work. He began work in 1949 at The Northern Indiana Public Service Company (NIPSCO) as an Engineer. He pioneered in the field of load flow analysis for natural gas and lead the natural gas pipeline expansion from Gary to South Bend IN. Ed retired from NIPSCO after 34 years of dedicated service in 1983. Retirement did not slow him down as he had many friends and acquaintances, evidenced by his great friendship with Bob Dalby. Always the curious type, Ed loved to travel. He often went west, including the Rocky Mountain range. He especially loved whitewater rafting with his nephews. His curiosity led to a love of toy trains, a lifelong passion of tinkering to make it work just a little better. Little inventions were all over Ed’s home. His love of Astronomy demonstrated his fascination with the stars and planets. Ed was a man of deep moral conviction. He advised all to read proverbs because the answers are all there. Rooted in values, right behavior, moral conviction, and right conduct. He was preceded in death by his parents George and Mary and his loving stepmother Lena, sister Ruth (Volk) Liddell and brother Albert Volk. He is survived by Helen Volk (sister-in-law) and many nieces and nephews, Diane (Joe) Podwell, Albert (Caroline) Volk, Tim (Sue) Liddell, Jeff (Paula) Liddell, Pat (Pam) Liddell, Sharon (John) Powell, Martha (Rufus) Ayres, Tom (Mary) Liddell, with 22 grand and 23 great grand nieces and nephews. A special thank you to his nephew Patrick with whom he spoke often. Pat was a great help to Ed, spending quality time together driving to doctor visits and the VA. Ed will be remembered as his always happy self; with a great disposition and a wonderful laugh, he lived a full life. Drawn to the stars the poet Archibald Lampman offered this final stanza to a poem: In full Pandean chorus. One by one Shine out the stars, and the great night comes on. A Memorial visitation will be held Friday, July 30, 2021, from 12 p.m. until the time of the Memorial service at 1 p.m. at Burns Funeral Home, 10101 Broadway, Crown Point, IN 46307. www.burnsfuneral.com

The family of Edward R. Volk created this Life Tributes page to make it easy to share your memories.

Edward R. Volk, 96, of Merrillville Indiana, passed away on Tuesday...

Send flowers to the Volk family.