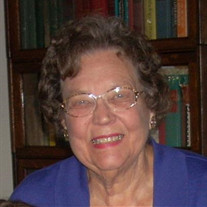 Edith N. Dakich, age 88, of Merrillville, passed away on Sunday October 3, 2021. She is survived by sons Peter (Karen) Dakich, Mark Dakich and David (Melissa) Dakich; grandchildren Julia Dakich, James Dakich, and Christopher Dakich; brother-in-law Roderic Daniels; sister-in-law Sandra North; and many devoted nieces and nephews. She was preceded in death by her loving husband of 66 years Milan Dakich, her father Edward North, mother Lois Connally North, and brother Ned North, sister Martha Daniels and brother-in-law Monchillo Dakich. Edith graduated from Peru High School in 1951, and earned a Bachelors degree from Indiana State University and a Masters degree from Purdue University. She worked as an English teacher at Andrean High School for over thirty years. Previous to teaching at Andrean, Edith taught in the Gary Public Schools. Edith was a member of the Board of Trustees of the Lake County Public Library from 2005 to 2017 and served as President of the Board in 2015. She was an active member of philanthropic and professional development organizations including PEO and Delta Kappa Gamma. Edith was a long-standing member of Merrillville United Methodist Church and First United Methodist Church of Crown Point and was active in the United Methodist Women’s group. The great loves of Edith’s life were Milan, her children, grandchildren and extended family. The many lives she touched will always cherish the remembrance of her loving heart, her intelligence, and her steadfast gentle devotion. Visitation will be held on Thursday, October 7, 2021 from 4-8 p.m. at Burns Funeral Home, 10101 Broadway, Crown Point. The funeral will take place on Friday, October 8, 2021 at 10 a.m. at Burns. Interment Calumet Park Cemetery. Contributions may be made in Edith’s memory to the Imagination Library, in care of Lake County Public Library Foundation (www.lcplin.org/foundation) or to the P.E.O. Educational and Charitable Foundation (www.peointernational.org/contributions-peo-foundation). www.burnsfuneral.com

The family of Edith N. Dakich created this Life Tributes page to make it easy to share your memories.

Edith N. Dakich, age 88, of Merrillville, passed away on Sunday...

Send flowers to the Dakich family.