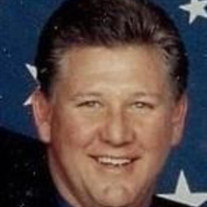 Doug D. Miller, age 61 of Valparaiso, formerly of Merrillville, passed away on February 8, 2021. He was a graduate of Merrillville High School, class of 1977 where he was a member of the 1976 state champion football team. Doug went on to play football for Missouri Western State University, graduating in 1981. He was in Business Development with RQAW Corporation. He was a board member of the Gary Old Timers Athletic Assn., and previously a board member of the Boys and Girls Club and Valparaiso Rotary. He was co-founder of Discoveries Unlimited STEM mentoring, and he actively attended the Friendly Sons of Erin and Indiana Society of Chicago. Doug was a former Center Township board member and served as Center Township Trustee. He was an active member of the Porter County Republican Party. Doug shared many fond memories of participating in Junedale Little League. He spent much time coaching youth sports and served as Freshman pitching coach at Andrean High School. He was a sports broadcaster with Regional Radio Sports for over 20 years. He was preceded in death by his parents, Richard and Yvonne Miller and brother, David Miller. He is survived by his high school sweetheart and wife of 33 years, Mary Miller; daughter, Emily Miller; son, John Miller; brothers, Rick Miller and Dale (Dawn) Miller; sister, Karen Miller; nieces, Jennifer, Ana, Emily and Kristen; nephews, Jeffrey, Scott, Eric and Jack; many cousins. Doug was a loving and dedicated husband, father, son, brother and friend. He lived life to the fullest and cherished every moment. His optimism and positive spirit will be greatly missed by his family, friends and community. He was known in the community as the “gentle giant” and friends referred to him as "Dougie Fresh". He was loved by not only his family, but also all the friends he left behind. Doug will be remembered as a man who always put others first. Doug’s family would like to grieve privately at this time, but a celebration of his life will be held at a later date. Burns Funeral Home, Crown Point entrusted with arrangements. www.burnsfuneral.com

Doug D. Miller, age 61 of Valparaiso, formerly of Merrillville, passed away on February 8, 2021. He was a graduate of Merrillville High School, class of 1977 where he was a member of the 1976 state champion football team. Doug went on to play... View Obituary & Service Information

The family of Doug D Miller created this Life Tributes page to make it easy to share your memories.

Send flowers to the Miller family.