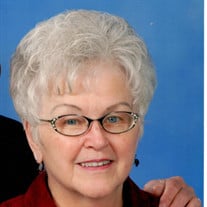 Dolores “Dee” Juanita Myers (Smith) Marshall passed away Sunday, August 9th, just 11 days short of her 90th birthday. Dee is survived by her loving husband, Arthur “Art” Marshall, after nearly 42 years of marriage. They were residing in Merrillville, IN after many years in Portage, and Chesterton while originating in Gary, IN. She was preceded in death by her brother Theodore Myers and sister Kathleen Myers Dumas. She was born on August 20, 1930 in Baltimore, MD but grew up in Gary, IN, graduating from Horace Mann High School, class of 1948. Married initially in 1952, she became a single mother in the 1960’s, stepped up as a working mom, using her mathematical skills as an accounting clerk until retirement. She helped all four children to get a college degree and achieve the American dream. Dee is survived by her long-time blended family, including her children: Jan C. (Ted-deceased) Summers, James J. Smith ( Rick Gutjahr) , Jill C. (Tom) Callaway, and Jay R. Smith; Grandchildren: Justin (Amy) Callaway, Melissa (Mike) O’Neill, Autumn (Chris) Israelite, Kara Smith, Keegan Smith and Calan Smith. Step-children: James (Bobbi-deceased) Marshall, Leann (Kurt) Langbehn and Kathi Marshall (Rick Feterick). Grandchildren: Shannon Marshall, Jeremy (Jessica) Marshall, Kyle Marshall, Ashley (Jake) Smithson, and Matt (Tammie) Langbehn. In total they had 7 children, 11 grandchildren and 13 great-grandchildren, all of whom were a part of her life. Dee was active, golfing, bowling and dancing whenever there was music. In retirement, she enjoyed playing duplicate bridge at her local bridge club in Gary or at any tournament within driving distance. She also enjoyed any kind of card game or social activity, as long as there were people around. She was known for her smile and her sociability. Visitation with the family is on Thursday, August 13th from 3 to 7 pm at Burns Funeral Home 701 East 7th Street, Hobart, IN. Funeral services will be held on Friday, August 14 at 1:30pm at Trinity Lutheran Church, 900 Luther Drive, Hobart, IN. Interment at Chapel Lawn Memorial Gardens Cemetery in Schererville, IN. A mask is required for either visitation or the funeral. In lieu of flowers, please consider a donation to the Trinity Lutheran Church or the charity of your choice. www.burnsfuneral.com.

The family of Dolores "Dee" J Marshall created this Life Tributes page to make it easy to share your memories.

Send flowers to the Marshall family.