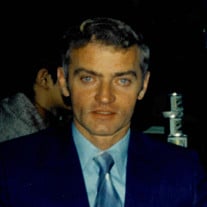 Dennis B. Gately, Jr., age 90, of Schererville, beloved father and grandfather, died in his daughter’s home, surrounded by love, on November 7, 2021. Born and raised in Gary to Dennis and Helen Gately, Sr., He graduated from Emerson High School in 1949, where he played football, basketball, baseball, and especially loved his teammates and friends, Deno, Gus and Vange. A hard worker all his life, he went to work at US Steel until 1953, when he and Fred Milosevich opened Fred Standard Gas Station in Gary, IN. He said Fred was the best business partner, friend and mentor a man could ever have in his life. In 1978 he went back to US Steel until 1985, when he became an investigator for the Lake County Courts. After retiring in 2008, he took a retirement job as a valet at St. Anthony’s Hospital in Crown Point, IN. In his retirement years he enjoyed spending time with his buddies at Dunkin Donuts, especially George, Armon and the two Pete’s. Dennis was an avid sports fan and even played baseball well into his 20’. He was a season ticket holder for the Bears for over 40 years and one of the biggest highlights of his life was when his beloved Cubs won the World Series. He was preceded in death by his parents; fiance-Jennifer Lopez; siblings-Elaine Zikur and JoAnn Gately. Dennis is survived by his daughter-Joanne (Steve) Gallagher of Schererville; son-Joseph (Kathy) Gately of Tucson, AZ; grandchildren-Dr. Michael (Kaity) Gallagher; Gina (Alex) Gallagher, Rory (Amanda) Gallagher, Angela (fiance D.J.) Gallagher, Daniel Gately and Colleen Gately; great grandsons-Stone and Coulson Gallagher; sibling-Marilyn (Phil) Vasquez; numerous nieces and nephews. Upon the wishes of Dennis, there will be no official services. Burns Funeral Home (Hobart) entrusted with arrangements. www.burnsfuneral.com.

Dennis B. Gately, Jr., age 90, of Schererville, beloved father and grandfather, died in his daughter&#8217;s home, surrounded by love, on November 7, 2021. Born and raised in Gary to Dennis and Helen Gately, Sr., He graduated from Emerson... View Obituary & Service Information

The family of Dennis B. Gately Jr. created this Life Tributes page to make it easy to share your memories.

Send flowers to the Gately family.