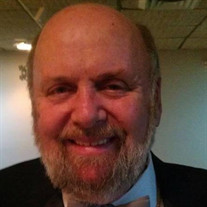 Bruce George Pillar of Valparaiso, age 68, passed away peacefully at home on April 18, 2021 after spending his whole life having fun. Bruce loved Beefeaters, his wife, his grandchildren, his daughters and the Elks, in that order. He was great at hosting parties, making dinners, and his (mostly embellished) story telling will be sorely missed by everyone who knew him. Bruce discharged himself from the ICU on March 26, 2021, so that he could throw himself a birthday party. His life and his legacy are the epitome of “have fun or die trying.” Bruce graduated Crown Point High School in 1972 (already rocking a combover), and, after a short stint with the Ironworkers, spent his career selling and marketing floor covering, which also involved bossing other people around. When he retired, he became a bus driver for Crown Point Community School Corporation, and, later, Valparaiso Community Schools, where he was called “Bahama Bruce” (although we think that was a self-inflicted nickname) and he was known for his loud, obnoxious, Hawaiian shirts and his backpack full of Jolly Ranchers. Bruce was active in the Hobart Elks Lodge 1152, and, later, the Valpo Elks Lodge 500, serving as Exalted Ruler of both Lodges. When Bruce was around, the bar was always open, there was always twice as much food as necessary, and he always had the last word. Bruce touched more lives than can fit in this obituary, but in true Bruce fashion, we won’t be succinct. His wife of sixteen years, Kathie; his daughters Jacquelyn (AJ), Jesica (Dave), and Jenifer (Chris); and his stepchildren Athena (Bob), Alex (Charity), Donny and Craig (Lynette). He really shined at being a Grumpa to Grace, Everly, Addison, Noah, Luka, Ivan, Hannah, Asher, Olive, Jane, Noah, Nathan, Charlie and Bobby. His brothers Brian (Kathy) and Mark (Linda), as well as his in laws, Patti and Merv, have too many stories about him (and will probably be long winded at his memorial service). He also had countless nieces, nephews, in laws, and friends that loved and cherished him, but are too numerous to name (but you know who you are). His family takes comfort in that he is now with some of the people he loved the most – including his parents, his brothers Mick and Terry, and his sister Marcia. Friends are welcome to meet with the family at Burns Funeral Home, 10101 Broadway, Crown Point IN, on Thursday, April 22nd from 2 pm until the time of Funeral Service at 6 pm. The Elks Service will follow. Because it is Bruce’s service, it likely won’t be on time, but we’ll try our best. In lieu of flowers, donations can be made to the Elks Cancer Fund. www.burnsfuneral.com

Bruce George Pillar of Valparaiso, age 68, passed away peacefully at home on April 18, 2021 after spending his whole life having fun. Bruce loved Beefeaters, his wife, his grandchildren, his daughters and the Elks, in that order. He was great... View Obituary & Service Information

The family of Bruce George Pillar created this Life Tributes page to make it easy to share your memories.

Send flowers to the Pillar family.